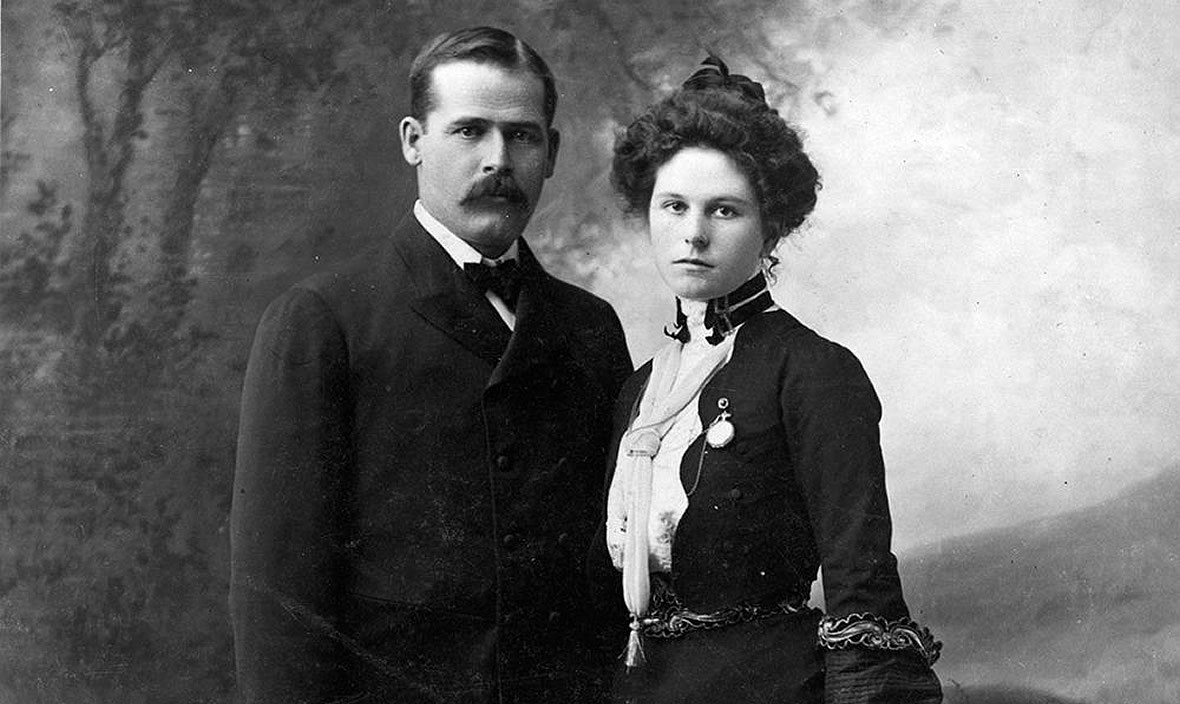 Sundance is nestled in the valley of the Bearlodge Mountains on the western edge of the Black Hills. Sundance was established in1875 and named after the Sun Dance ceremony Native American tribes performed on or near the majestic Sundance Mountain. History and folklore abounds in the streets that were made for freight wagons and teams of horses that allowed Sundance to establish a trading post and prosper in the wide open frontier.

Nearly 150 years have passed and breathtaking vistas framed by huge Wyoming skies still surround Sundance. Over 125,000 acres of Black Hills National Forest, that are only minutes from town, await to be explored. Sundance history comes to life at the Crook County Museum and Cultural Center, where cowboy and Native American heritage is depicted in carefully preserved accoutrements and artful displays showcasing cultures of the old west.

Butch Cassidy's Wild Bunch was one of the loosely organized outlaw gangs operating out of the Hole-In-the-Wall, near Kaycee in Wyoming, where a natural fortress with caves and a narrow entrance was constantly guarded.The gang was sometimes referred to as the 'Hole-in-the-Wall Gang'. Led by ButchCassidy, the gang included his closest friend Elzy Lay, the Sundance Kid, Tall Texan, News Carver, Camilla "Deaf Charley" Hanks, Laura Bullion, Flat-Nose Curry, Kid Curry, and Bob Meeks. They started the longest, most successful train and bank robbing crime spree in American Outlaw history. The Sundance Kid frequently visited his companion Etta Place in Sundance, but as the law closed in on the gang they migrated to South America and were never seen again.

One February morning in 1887, a young fella named Harry Longabaugh, later known as the Sundance Kid, was walking from the Black Hills to Montana to look for ranch work. Just north of Sundance, he spotted a horse left unattended by a ranch hand. The horse was set with a saddle and guns. It was snowing and cold, so Harry decided he needed that horse more than the ranch hand and he jumped on it and took off. It wasn't long before Sheriff Ryan of Crook County caughtup to Harry in Montana. The first attempt to bring Harry in was unsuccessful as he escaped from the sheriff by jumping off a train. The second time Sheriff Ryan caught up with Harry, he was sentenced to 18 long months in the Crook County Jail in Sundance. After Harry served his time he became known as the Sundance Kid and joined up with Butch Cassidy & the Wild Bunch. Legend has it that Butch Cassidy and the Sundance Kid were quite handsome and when robbing trains the ladies swooned and willingly gave up their valuables to the outlaws. History recounts that no one was harmed by Butch & Sundance during their robberies.

Public access to the Sundance White Ranch Park is the result of a loving gift to the community and visitors by the George E. & Betty J. White Foundation.

Anyone entering these premises or using any of the Sundance White Ranch Park facilities and grounds expressly understands and does so entirely at their own risk.  The private foundation, its board members, employees or contractors of the White Ranch Park will not be liable for any injury to or the death of any persons, or for the damage to or destruction or loss of any property including vehicles and possessions, due to human vandalism or theft,  animal or reptile altercations, trail conditions, Acts of God and nature or by any other person; or any ordinary or gross negligence, or from any other cause whatsoever.